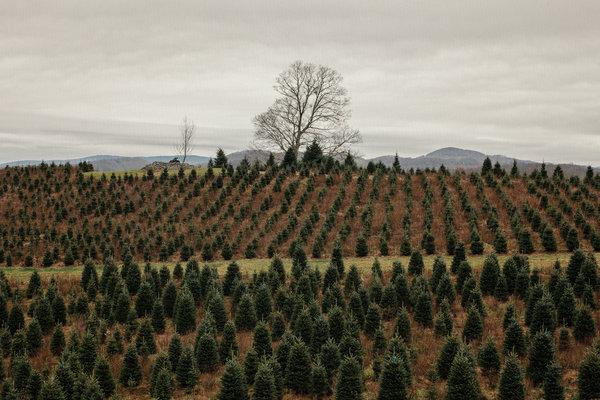 As a practicing lawyer, I have been getting calls from tree farmers who have advised that a person knocked on their door and offered to lease their acreage for oil and gas production. Usually, the landowners are presented with a pre-printed form with a few blanks filled in and asked to sign the form. Fortunately, my clients asked me before they signed the lease!

The leasing of timber property for oil and gas production can be a lucrative and worthwhile use of the property which is not directly inconsistent with timber management and other woodland activities. However, there are some basic rules that must be kept in mind from the very first contact with the representative of the oil and gas company.

The first rule to remember is that the person who is seeking the oil and gas leasing rights knows way more about your property’s title and previous leasing history than you do. In addition, that person has a very good understanding of the geology and gas formation strata under your property. Probably before he or she arrived at your house, he or she thoroughly researched your title records at the County Clerk’s Office and ascertained what interest you currently have that is available for leasing. Most likely, they are following a geological formation that exists in your area and are attempting to lease up as much of the property surrounding that geological formation as they possibly can.

Knowing you are dealing with someone with superior knowledge should immediately clue you into the fact that you need someone who can negotiate with that person. Further, if you take one look at the pre-printed lease, you cannot possibly begin to understand the ramifications of signing that lease without professional advice.

The second rule to remember is that those pre-printed leases are negotiable!

The third rule to remember is that once you sign a lease and it is filed at the County Hall, that lease becomes a cloud on your title and you have essentially leased one of your property rights to a stranger just like you would if you leased your home, your farm, or an apartment, to a tenant. The rights contained in that lease run to the lessee and give those people a superior right to you, the owner, provided they comply with the terms of the lease, which may continue for decades or longer.

New York State has solved the problem of old mineral and oil and gas leases which have fuzzy expiration dates being continuing clouds on title by providing for a procedure whereby old leases can be removed by the owner after they stop receiving rentals and/or the lease otherwise expIres. This procedure is found in General Allegations Law §15-304.

Most oil and gas leases have so many clauses that are favorable to the oil and gas company that I cannot possibly review all the negotiating points in an article of this nature. I do want to highlight some of the critically important points to guide you in your discussions.

The first point is the “delay rental,’ which is usually described as a certain number of dollars per acre per year, i.e., $5.00 per acre each year is designed to pay the landowner for the granting of what amounts to an option to drill for oil and gas on your property. This delay rental is just a “teaser” and is highly negotiable, and often times, in the first couple minutes of discussing it with the oil and gas company representative, you find that they are actually willing to pay significantly more on a delay rental basis than what was initially offered. This delay rental should not be viewed as your financial reward for entering into the lease because it only is paid for a short period of time, usually the length of the lease option. The real value of the lease is the royalty payments that you will receive if an oil or gas well is drilled and is successful in locating a large reservoir of oil or gas.

The oil and gas royalty payment has generally been placed at approximately one eighth, or 12.5%, of the wellhead price of the oil and gas pumped out of the well. This royalty payment is made to the landowner based on a “pooling” of surrounding acreage, which is set by New York State law, as a minimum of 40 acres and a maximum of 640 acres. Sometimes the DEC sets a minimum pooling size based on well depth.

The pooling of acreage around a wellhead is designed to protect adjoining landowners from having the gas beneath their property withdrawn by their immediate neighbor without proper compensation. However, it also allows the oil and gas companies to lock-up large areas of property for their exploration, and not have any competitors come onto the property to “put another straw into their drink.” Therefore, you should negotiate the pooling acreage size very carefully to reduce it to the lowest amount necessary based upon the depth of the well, the size of the property being leased, and other factors relevant to the pooling issue.

Another common clause in oil and gas leases is the right to place oil and gas transmission lines across your property. You are not obligated to grant transmission lines to transport other people’s gas and oil across your property, unless in fact, you have a producing well on your property, and therefore, you need to have some way to get your production off the property. Many of the leases contain the transmission rights whether or not the lease is in effect. The result of this is that many people currently have transmission easements across their property and have never received a dime of royalty for the gas or oil produced that is running through those lines. After the lease is signed, there is very little ability to change the terms of the lease that was entered into. A properly negotiated lease containing transmission line easements not directly related to well production will provide for separate compensation.

Another critical issue that must be separately negotiated is whether or not storage will be permitted under the lease and for what price. Many “production” leases have been turned into “storage” leases much to the disgust of the landowner. Typically, storage leases contain a $1.00 per acre price, but give the gas company the right to come back for an indefinite time period to retrieve this stored gas. In some areas, this means that the storage gas lease has been extended for fifty or more years after the land produced gas and oil.

The primary reason for entering into the lease, the amount of royalty paid, turns out not to be very negotiable. There are very few instances where oil and gas companies will pay more than the one-eighth landowner royalty because the time period necessary to recover the costs of drilling and developing the well, as well as the pipelines connecting the well to the other area pipelines, would be lengthened to a degree that they would not be able to attract investors to fund the drilling. Therefore, unless you have a very large tract of land, or you are located in a very “hot” production area, it is highly unlikely that you will be able to negotiate much better than the typical one-eighth, or 12.5%, royalty payment on gas or oil produced.

Tax assessors sometimes increase taxes on the land or impose other penalties. The lease can provide that if such increases occur, the oil and gas companies must pay for the increased taxes and/or penalties. Normally, the oil and gas company is directly assessed for the value of the well once it is completed, but pays no taxes on the lease until such time as the well is drilled.

Landowner use of the oil and gas from the well is usually permitted up to a specified quantity of the gas for the landowner’s own use. It might be expensive, however, for the landowner to use this gas because he or she might have to invest in a pipeline, separator, odorizer, regulator, and other heavy equipment. The lease could require the drilling company to pay all the costs in making the gas usable by the landowner. At a minimum, the landowner should be aware of any costs to be incurred, including the costs of equipment and maintenance.

Don’t be fooled into accepting the offer of a free well towards the end of the usual productive life of the well. This Trojan Horse often has substantial hidden costs associated with it. Under New York law, all wells eventually must be “plugged.” This very expensive procedure would add a significant burden to the landowner’s property value and may actually wipe out any gains received during the productive phase of the lease. In fact, it may be cheaper in the long run to require the company to plug the well even though it cuts off your personal supply and you have to abandon the remaining gas or oil in the well.

Be careful of leases that provide that the drilling company can utilize any water found on the property. If you have a pond or stream that you do not want disturbed, you must advise your negotiator.

Be aware that oil and gas drilling leases will have very little effect on your property until such time as an oil and gas well is drilled. At that time, a substantial interference with your use and enjoyment of the property will occur. The access road will be put in, and well site bulldozed. Every drilling operation has the appearance of people playing in the mud, usually knee-deep. Therefore, if you utilize your property for things like recreation, hunting, or farming, you may wish to control the timing of the drilling so as not to be in direct conflict with your use of the property. This may affect the willingness of the oil and gas company to enter into a lease with you, and certainly will result in some loud complaining by them. Given the amount of disruption caused by an oil and gas drilling operation, you must be aware that agreeing to allow a company to drill at any time of the year will result in an aesthetically unpleasant experience, which should be cured by the cleanup at the end of the drilling project, much like a timber harvest cleanup.